There’s no one recipe and no one path that is the ‘way’… Everybody has to find what’s true for them and I think the key is that we have to be willing to tell ourselves the truth. – Tami Simon

You might know Tami Simon as the founder of Sounds True, a well-known publisher of spiritual teachings in North America.

But you probably don't know much about her hard trodden quest for a higher purpose, or her mission to spread spiritual wisdom, or even her commitment to making Sounds True one of the most awesome places to work.

Tami is inspiring, and someone I really admire.

But not because she is successful and has probably earned a lot of money, but because she followed her intuition, stayed true to herself and her mission, and grew an organization that really cares about the wellbeing of its employees and customers.

Here's a little about Tami's journey. 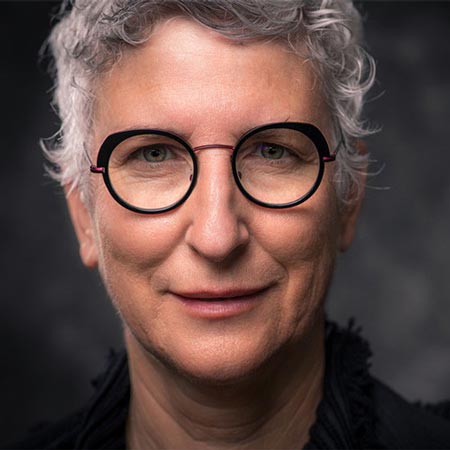 Tami grew up “very well-loved” by her family. And although from the outside she “looked like a fairly happy and well-adjusted person”, loneliness was creeping in on the inside, which she believed stemmed from a lack of connection to the wider world (1).

Tami was surrounded by a lovely family and had a good education, but she craved for people who she could really talk to and connect with, as she harboured deep questions about meaning and purpose that even her teachers could not answer.

In a nutshell, Tami had an aching sense of “what really is going on here?”

Within that crevasse, Tami was unknowingly in search of a higher purpose.

As a response to that loneliness within and the need to talk about deep spiritual questions, Sounds True was born with a simple guiding principle: ‘disseminate spiritual wisdom’, something Tami believes is essential to living.

Professor Dharmasiri taught a course on Existentialism and Buddhism, to which Tami signed up immediately. It was on this course that Tami was introduced to the practice of meditation.

Her quest had begun, and from this point onwards she viewed the academic field through meditative eyes.

The more she looked, the stranger things became, and became the reason she left college at 21 travelled to Sri Lanka to follow her teacher, and then to India and Nepal to further her study.

During that year of traveling and exploration, she engaged further in the practice of meditation.

Due to not having the funds to care properly for herself and the hardship of extensive travel in this region of the world, Tami returned home quite ill. She weighed just 90 pounds, was barely eating, and had hepatitis.

She became introvert and hardly spoke to anyone at this time.

Despite still feeling alone and somewhat unsure of her ultimate mission, Tami was determined to pursue her study and exploration of meditation, the inner-self, and a higher purpose.

This mission led Tami to Boulder, Colorado, specifically Naropa University, where she studied further to quench the thirst within. Interestingly, Boulder has since been named as the happiest place in the USA.

This move did bring happiness, and it was here, aged 22, that Tami established Sounds True.

Tami started off by producing “real-time”audio tapes of spiritual conference talks and, fast forward to today, has grown her business into a leading multimedia wisdom publishing company.

What if the leading energy in our lives were to be our heart and our heart's cry? What if living a “spiritual life” was actually synonymous with living a “heart-centered life”?

Sounds True: the Launch and Evolution

Her prayer was simple:

God, I’m willing to do your work. Please show me what it is.

When her father died, Tami received an inheritance of 50,000 USD, and along with a dream to continue her quest and a tape recorder, she used that to start Sounds True in 1985.

At the time, she was not really looking to launch a company, but little did she know that she had begun her journey of spiritual entrepreneur.

In fact, it took Tami a sometime to realize what this business was all about.

She simply put one step in front of the other and held onto her firm principle: to “disseminate spiritual wisdom”.

The early days of Sounds True reflect that of a humble beginning.

Tami started by making recordings of conferences and interviews of several teachers such as Ram Dass and Stephen Levine.

In 1988, with the help of Devon Christensen, Tami developed the Sounds True direct mailing catalogue.

They continued to record conferences and establish a solid catalogue until, in 1990, the first breakout audio program was published: Women Who Run With the Wolves by Clarissa Pinkola Estés, Ph.D.

The said program marked Sounds True’s introduction to a larger audience and led to a shift away from conference recordings and the beginning of the company’s signature style – unscripted studio-recorded audio programs.

Even today, these programs are hugely popular for conveying the teacher’s charisma, spirit, and living wisdom.

The following years saw the expansion of Sounds True.

The company created bookstores and audio courses, distributed healing and spiritual music and video, starting a book publishing department, and with the explosion of the web made content available to download online.

Almost 35 years later, Tami is a business giant in the field of spiritual teachings. Tami has witnessed how her dream, a tape recorder, and 50k evolved into North America’s leading multi-media publisher.

Almost 35 years in the industry, the company now features the largest library of life-changing teachings that promote and boost personal transformation and spiritual awakening.

Partnering with leading transformational leaders and teachers, Sounds True’s collection of more than 600 teachings in different formats is available in multiple languages and media formats.

A pioneer in providing everyday people with life-changing tools that facilitate the discovery of self, Sounds True offers audio, music, video, and book titles on health, meditation, yoga, and world traditions.

Here are some of the bestselling online courses.

Tami Simon is known as the voice of Sounds True, not just because she is the founder and CEO, but also because she introduces its audio programs and conducts many of the dialogues.

As Sounds True’s executive producer, she has produced more than 500 recordings.

Recognized as among the fastest-growing private companies in the US, Sounds True won a Willis Harman Spirit at Work Award and has been awarded an Inc. 500 distinction twice.

Aside from being a Social Venture member for a long time now, Tami is also one of the founding members of the Integral Institute and a board member of the Dharma Ocean Foundation.

She teaches meditation with the guiding hands of Reggie Ray, the director of Dharma Ocean and a Buddhist instructor who studied with Tibetan meditation teacher Chögyam Trungpa Rinpoche.

Throughout the years, Tami has been the recipient of various awards, including the Working Woman Entrepreneurial Excellence Award, and the Women in Communications Colorado Trailblazer Award. Further, she has been hailed an Outstanding Woman of Independent Publishing.

Along with being a spiritual entrepreneur, Tami also gives lectures on a wide range of business and work values topics, such as practices on conscious business and authenticity in the workplace.

Tami also hosts a popular weekly podcast called Insights at the Edge, where she has interviewed many of today’s leading teachers.

The principle that guided Tami in setting up Sounds True is reflected in the company’s core values. A mission-driven business, Sounds True is committed to success with the following in mind: purpose, people, and profit – in that order.

Purpose:
Sounds True provides a safe and trustworthy haven to spiritual explorers. It remains true to its purpose of inspiring, supporting, and serving continuous spiritual awakening.

People:
Employees are encouraged to make the most of life, including their work experience. Sounds True supports people to be true and be themselves, even in the workplace.

The company values authenticity, honesty, and considerate communication, encouraging its employees to interact with one another genuinely and with compassion.

Profit:
Profit is the goal of any company, but its purpose and focus on people is what enables the company to remain ethically profitable and sustainable long time. Invest in what you believe in, treat people as you would like to be treated and the success will follow.

In 1990, Tami started a tradition that later became part of Sounds True’s work culture: she brought the first dog to the office.

Committed to honoring every aspect of life, Sounds True encourages its employees to bring their furry friends to work. Now, Sounds True has as many as 15 canine companions attending work each day, sharing their positive vibes around the workplace.

Sounds True cultivates a casual and active work environment, a place where people get their work done and have a good time while doing it. Concentrated yet relaxed, focused yet still open and engaging.

It sets out various opportunities to promote self-discovery and learning and helps employees enhance communication and collaboration skills.