Being an adult sucks — there’s the endless pressure to act like one, the demands of work and personal and interpersonal relationships, and the responsibility to take care of yourself.

To survive and thrive we need a hell of a lot of energy, both physically and mentally (emotionally).

We are energy beings. Life is energy, projected and received in various ways.

So what could be worse than someone sucking that energy out of your life and reducing your ability to cope with your everyday challenges and chores?

Well, what's worse is not really knowing it is happening and why, and ending up demotivated, stressed and even depressed because of it.

In this post, I'm going to help you identify the energy vampires in your life and give you some solid tips on how to stop being a victim and take back responsibility for your own energy: your happiness, health, and vitality 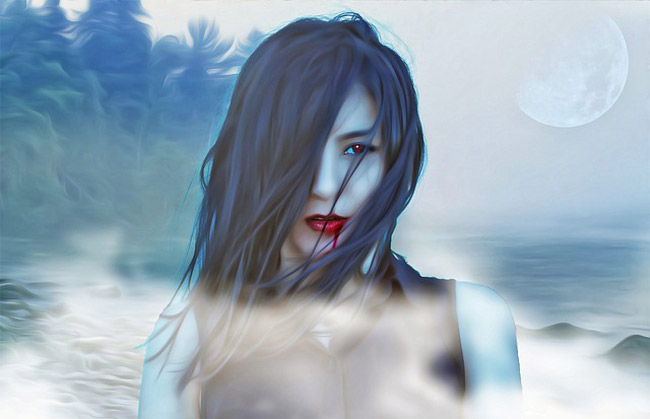 What Are Energy Vampires, and Are You a Victim?

If you’ve ever had an encounter with a person that left you feeling tired, drained, or even feeling guilty for something that isn't your fault, then you may well have been a victim of an energy vampire.

Energy vampires are quite simply those people around you that suck the life/energy out of you, leaving you feeling drained, energy-less, and even depressed.

You see, people operating on low energy subconsciously seek to recharge themselves by leeching energy from other people.

The thing is, an energy vampire is not necessarily conscious of what they are doing, and may be in an emotionally unstable state through no fault of their own.

Regardless, energy theft can harm both the perpetrator and the victim, and it's important to be aware of how.

For example, feeding off the energy of others can…

To prepare for and guard yourself against energy vampires it is vital to recognize their strategies. Setting boundaries for such people will be easier once you learn to identify the way in which they operate.

There are six main types of energy-sucking vampires, and who knows, perhaps one or more of these have been lurking around your life for some time.

Superiority is the name of the game for dominator vampires. These vampires love to be in control and intimidate their victims.

Often, dominator vampires have a number of insecurities around being hurt, wronged, or weakened by others, so they try to conceal the emotional trauma by dominating/taking control of others.

Generally, this type of vampire has rigid opinions and cynical perceptions of life, which may make them discriminatory and prejudiced.

From a bird’s eye view, judgmental vampires love to bully other people, but zoom in a little closer and you’ll see their own shattered self-worth.

They feed their ego by highlighting and making fun of your insecurities until you feel pathetic and small. Basically, judgmental vampires treat others just how they treat themselves.

If there was an energy vampire Oscars, the melodramatic vampire would take home the award for best actor.

As implied by the name, melodramatic vampires have the need to create drama, mainly because they need to feed the void they feel inside.

They love a crisis and being involved in problematic situations. They thrive on being victimized and therefore are in need of attention and love. Your energy will be drained when you get sucked into the drama they create.

We’re all aware of people who are narcissists — those who lack empathy for others and have a need for admiration. People with this condition are frequently described as arrogant, self-centered, manipulative and demanding.

Narcissist energy vampires are the same: they don’t have a genuine interest in others. Their motto is “me, me, me”.

They are manipulative: They charm you, leaving you powerless to fend off their influence to put them first at all costs, and massage their ego.

Also known as martyr vampires, victim vampires target you through guilt. Usually, this type of person has remarkably low self-esteem.

They believe that their suffering is mainly due to others, so instead of taking responsibility for their lot in life, they blame and emotionally pressure others.

Victim vampires don’t receive enough love and acceptance from others, and this unworthiness makes them prey on your energy until you feel overly compassionate. Once you're sucked in, you feel guilty if you don't pay them attention and subsequently end up giving more than you can afford.

There are energy vampires who are innocent and aren’t aware that they’re stealing the energy of those around them.

Good examples are your overly dependent friends who rely on you that bit too much, and children in the family who see you as their caretaker and become overly needy of you.

While it’s great that you show compassion to these people, it’s important to motivate them to be self-reliant.

As with blood-sucking vampires, most energy vampires can’t steal your energy if you don’t invite them to.

You have free will: you have a choice as to how much time and energy to spend with and give other people. You can and should set limits and boundaries because, at the end of the day, you’re always at a disadvantage if you let others suck the life out of you.

1. Recognize the Issue & Step Back

If you’re naturally compassionate, you are at risk of giving too much of your energy away. So when a person is causing you to feel exhausted, irritated, stressed, or depressed, you should take a step back and consider your position.

Recognizing people’s intentions is the first step: only then can you weigh up the situation and decide whether the relationship is healthy or not.

Take stock of the actions and intentions of those in your life. If a relationship is valueless, cut it off. If it concerns family and close friends, considering working it out with the help of a professional.

Don’t let the negativity of others leech your energy. You will end up worse off.

Attending to a good friend’s or family member’s needs is a wonderful thing to do, but remember that as much as they need you, you need time to yourself, too.

It’s not worth sitting around someone for hours on end only to leave tired and stressed. Know your energy limits and live according to them. Set aside time for others but leave enough for focus and attention on yourself.

Arguing with others, particularly those who have rigid beliefs, will only cost you time and energy. While it’s tempting to disagree and argue it out, recognize that for people to change, they must be willing to change first.

Don't get red-faced and exhausted debating with someone who refuses to even consider your point. You'll leave stressed, upset and maybe even lose sleep. Not good.

Some energy vampires don’t want to see a positive reaction from you; they want you to feel depleted and depressed, like they do inside. As a preference they go for people with lower vibrations, as they are easier to penetrate (ooh er, missus. Sorry).

So, keep your vibration level high by smiling and staying positive about life. As the Beach Boys famously sung: ‘Gotta keep those lovin' good vibrations a happenin'.

One direct way to prevent energy vampires from leeching off you is to avoid them.

This isn’t always the best method though, as you might be throwing away an opportunity to develop yourself in dealing with such a person, and depending on how close the person is to you, a invaluable relationship might be at stake.

Use avoidance when your energy is low and you simply can't deal with the person at that moment in time.

Posting your life as you live it on social media is a good way to attract energy vampires, particularly the judgmental type.

Only post the information you’re prepared to be criticized about; otherwise, keep your fingers away from the ‘post something’ section.

7. Minimize the Impact with Group Interaction

When interacting with a vampire, having two or three other people around will lower the level of attention you'll receive and the energy required to be given. If you you find yourself being drained by a conversation, draw a couple of other people into the conversation to take the strain off.

If you regularly encounter an energy zapper at work and want to avoid them as best as possible, only occasionally make direct eye-contact when speaking with that person.

This is an obvious indication that you aren't hooked by their allure and are not overly interested in their emotionally-charged conversation.

Much of the energy you release will come from talking, as you are lured further into the energy pit. Talking requires more energy than listening, and a nod or a “yes” doesn't take much energy either.

To avoid talking too much, ask open-ended questions such as “how” and “why”. This will naturally make the other person do more of the talking. After all, most energy drainers just want an ear to bend, anyway.

When feeling drained and negative after an encounter, particularly with the dominator and judgmental types, re-center your energy by repeating positive thoughts and affirmations. Meditation is also a great way to re-channel your positive energy and release the negativity.

11. Change the Focus of the Conversation

When talking with an energy-sucking individual, stick to light-hearted topics. Change the focus of the discussion and neutralize it when it becomes negative, depressing or stressful.

Remember, energy vampires want attention; to provoke a reaction from others. Don't rise to the bait. Remain calm and on topic, and deflect invasive and negative comments and suggestions that you don't feel comfortable with.

If you feel yourself becoming emotionally charged, go to point 13.

Remember that no one can force you to be around them. So if you find yourself on a day when you just can't deal with this energy leech anymore, take a deep breath and excuse yourself. Go surround yourself with some happy, positive people!

But once they suck on your energy, you’ll be left feeling like you have a void too. Don’t let yourself be dragged into their pity party; walk away or change the focus.

I talk about “letting go” a lot on this blog and, once mastered, many aspects of life become much easier.

No matter how hard some tries, their words can't drain you if you don’t allow them to. It’s not easy, I know, but learning to hear but not absorb and let go will keep your energy high.

While energy vampires can steal your positive energy, they can’t succeed unless you allow them to affect you.

However, given that most of us are generally compassionate and empathetic, we can’t always keep our distance from such people or the circumstances they are caught up in.

Moreover, any one of our friends or family members could turn into an energy vampire at any given time, depending on what life throws at them. It might be a short phase during an emotional struggle, or a more permanent period of life in the case of real tragedy or trauma.

So rather than avoid people through fear, it is best to remain compassionate and supportive while learning how to manage your time effectively and control your energy distribution.

It's key to know when you need some “me time”, and know what you need to do to recharge.

In my experience, the best way recharge is to surround yourself with positive people whose values align with your own. Remember, you are your own guardian, but the company you keep will help you create a healthy energy space too.