If you're into the more spiritual side of life, be that meditation, yoga practice, or Eastern philosophy, you're probably fascinated by the artwork and symbolism associated with these disciplines.

You've no doubt seen the Om symbol, the chakra energy points, the Om symbol and the lotus flower. But what do they all mean?

Here's an easy guide to the meanings and history behind some of the most common spiritual symbols, so that you can integrate them into your own life and practice in meaningful and respectful way. 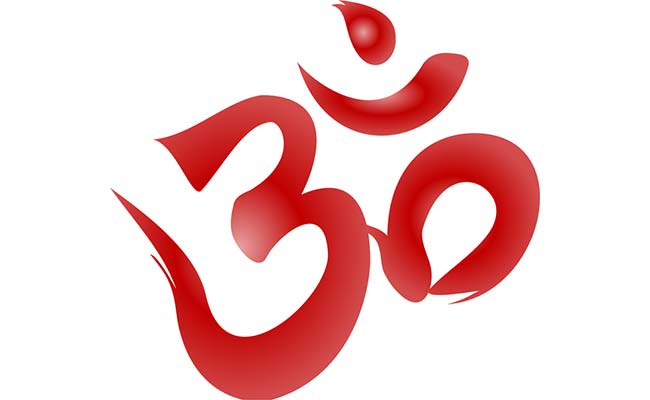 Probably the most widely used spiritual symbol on this list, the Om symbol originates from Hinduism and is included in the most ancient Hindu scriptures – the Vedas.

It symbolizes the breath of the universe, an all-encompassing symbol of life that represents the union of the mind, body, and spirit.

The sound Om (or Aum) is a three-part word. The A represents creation, the U represents manifestation, and the M represents destruction.

Widely associated with the tradition of Yoga, Om represents the unification of body and universe involved in this practice.

The curves that make up the shape of this symbol represent an awakening of consciousness, but also deep sleep and dreaming.

The small curved line you see in the middle symbolizes illusion, and the shape at the top of the Om represents transcendence.

How to use Om:

Om is commonly chanted during meditation practice as a way to center one's mind and enter a deeper connection to the universe. 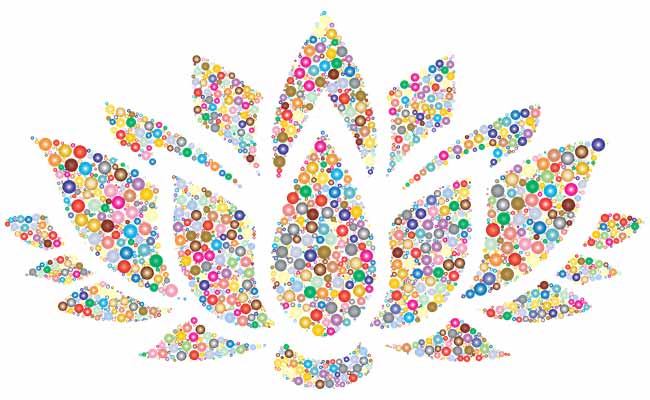 The lotus flower is another Hindu symbol, again commonly associated with meditation and yogic practices. It is the national flower of India and has been connected to Hindu culture for many centuries.

It represents the womb of the universe from which all things are born, Even today, the lotus flower is the national flower of India, though it's been a part of Hindu culture for centuries.

Interestingly, despite being a beautiful flower the lotus grows only in swampy areas. This is key to understanding its meaning: that out of dirt and destruction can grow beauty and harmony, and that everything is interconnected in this way.

Seen in this way, it is related to the Buddhist belief of universal oneness.

How to use the lotus symbol:

You can sit like a lotus flower – the lotus pose, or padmasana – when you meditate, with your legs crossed and your feet resting on opposite thighs.

This is a traditional way to meditate but you will also find this sitting position common in many South and Southeast Asia countries. 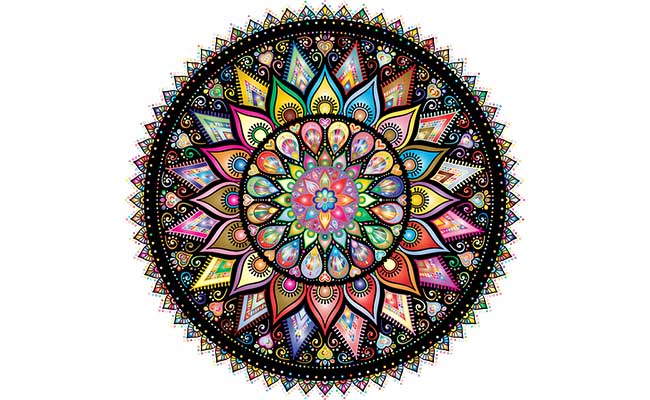 The intricate design of the mandala represents the journey of self and the world we journey within. The many layers of the design illustrate the experience and knowledge required to attain wisdom and enlightenment.

Mandalas are linked to Buddhism and Hinduism. Monks create mandalas out of sand to

Mandalas have been traditionally linked with Buddhism and Hinduism. These intricate designs represent the world as well as the journey of the self. Their many layers illustrate the qualities needed to attain wisdom and reach enlightenment.

Buddhist monks use mandalas made of sand to symbolize impermanence and journey beyond the material world. In Hindu traditions the mandala represents the connection and trajectory between the material and the immaterial.

How to use a mandala:

Drawing or coloring mandalas is a great mindfulness exercise. It is a meditation in of itself.

+ Check out these books for inspiration 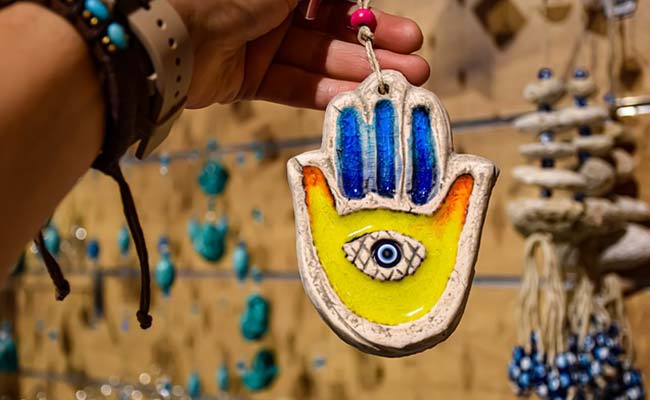 The hamsa symbol has roots in Hinduism, Islam, Judaism, and Buddhism.

In Hinduism it can represent a supreme spirit or the ultimate reality, which is called ‘Brahman,' as well as a vehicle for knowledge. In Judaism and Islam it takes on the role of a protector, of repelling the evil eye.

Today it is commonly found on jewelry and clothing, used as a symbol for warding off evil, jealously and negativity in general.

How to use the hamsa symbol:

Wear it around your neck or on a t-shirt or other piece of clothing to protect yourself from negative energy. 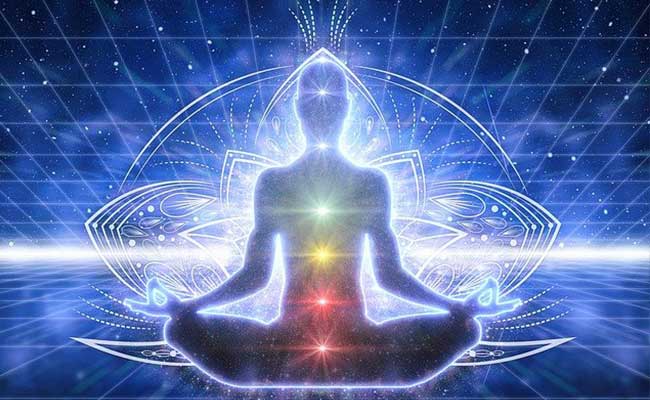 The chakras refer to seven points in the body that run up the spine, starting at the base of the spine and reaching the top of the head. These points are depicted in different colors, usually in neon.

The chakra system is considered the energy ecosystem and each relates to different parts of the body.

When a chakra is blocked or inactivated it causes an imbalance in the body and affects our wellbeing, manifesting itself as tension, stress, poor mood or other bodily ailments.

Like Om, this spiritual circulatory system was first mentioned in the Vedas.

How to use the chakra system:

Meditation, massage and healing frequencies are methods said to help unblock and realign the chakra system. 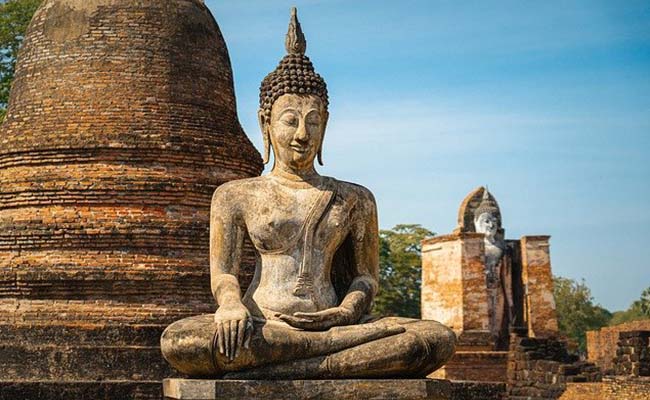 Siddhartha Gautama, now known as the Buddha, lived during the fifth century. Buddha is arguably the original Yogi, a teacher of compassion and kindness and free thinking.

Having reached a state of enlightenment, his image is now used to represent peace and oneness and higher spiritual consciousness.

For this reason, Buddha statues are now used around the world to provide a spiritual feel to spaces of relaxation. There are a number of Buddha images, some of a very peaceful face and others more jovial.

Strangely enough people buy Buddha statues for their garden or living room without really realizing the significance of the imagery. In fact, some Buddhists object to Buddha imagery being used for style/fashion purposes (outside of temple use).

How to use Buddha symbolism:

You may want to take time to study the teachings of Buddha and refer to imagery and statues as a symbol of what those teachings represent. 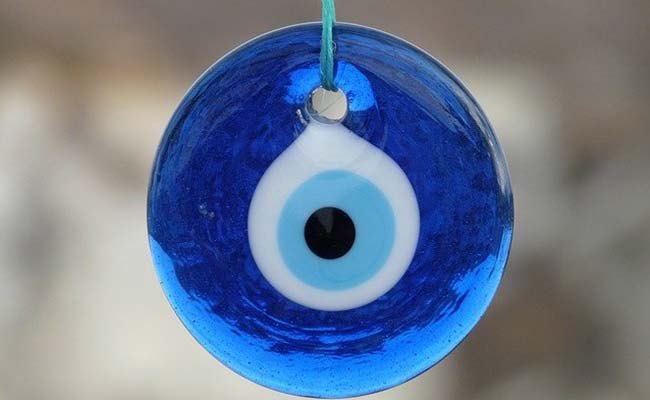 As seen featured in the hamsa above, the evil eye is a fairly universal symbol recognized in many countries. Dating back to the 6th century, it is present in Judaism, Islam, Hinduism, Buddhism, and even ancient Greek and Roman cultures.

You've probably heard the expression that “someone is giving you the evil eye”. The assertion is that someone is negatively focussing on you in some way, perhaps through jealousy or envy.

Having an evil eye on your person can be used to deflect negativity away from your life.

How to use the evil eye symbol:

Hang an evil eye image in the doorway of your home to ward off negative forces. 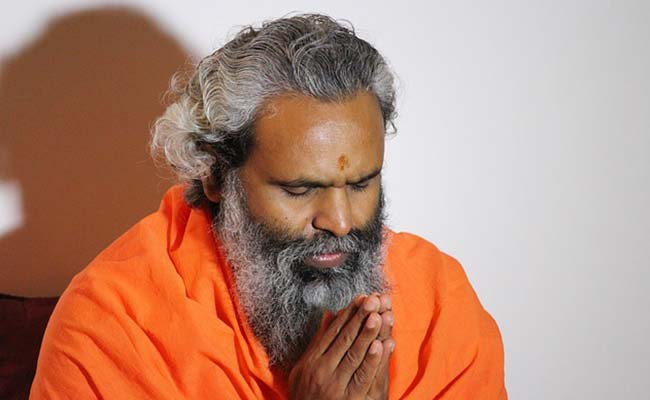 Many spiritual people such as yoga and meditation teachers will end a session with the words Namaste. This is a Sanskrit phrase that means “I bow to you”/ “I honor you”.

In truth the term Namaste a little overused, since in India it is simply an equivalent to “hello” or “welcome”. However, the word does have a spiritual history and comes with a feeling of warmth and divinity.

How to use the Namaste greeting:

Use it when appropriate, such as in a spiritual setting like a meditation group or yoga class. There's no need to use it to sign off an email or greet all your friends this way. Save it for special occasions 🙂 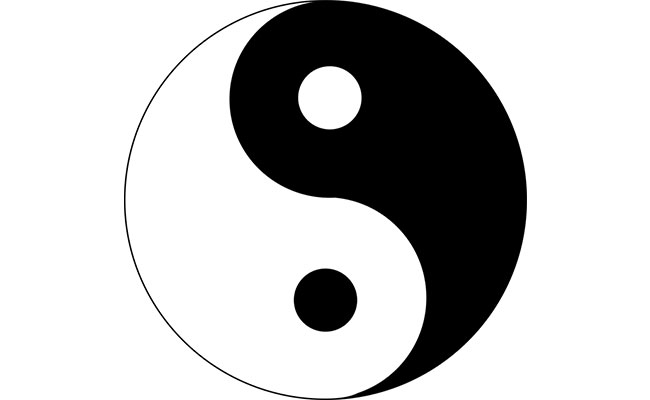 The yin and yang concept originated before the third century in China.

One of favorite meanings on this list, the yin and yang represents opposing forces. Everything in the world has a polar opposite: masculine and feminine, light and dark, good and evil, love and hate., etc.

These forces create balance in the world and the inherent harmony of nature.

How to use yin and yang:

Understanding the principal of yin and yang helps in understanding life and the way the world works. It provides a philosophical approach to dealing with life's ups and downs and understanding why things happen.

It's wonderful that these spiritual symbols are still so relevant today and having such an impact on the world. However, we should always be mindful of cultural appropriation, so as not to misuse and offend.

It is important to learn the history and meanings behind the symbols that we use; whether that is through imagery on our clothes, in tattoos, or pictures in the home or statues in the garden.

These symbols belong to long-standing traditions, where they are deeply respected in their lands of origins. It therefore goes without saying that we should learn and understand their true meanings, so that we can properly appropriate their use.

I also think that having this knowledge deepens your spiritual practice, in that you can resonate with the history and tradition and get closer to the source of the origin.

Got some knowledge to share, or a question? Leave it in the comments section below.