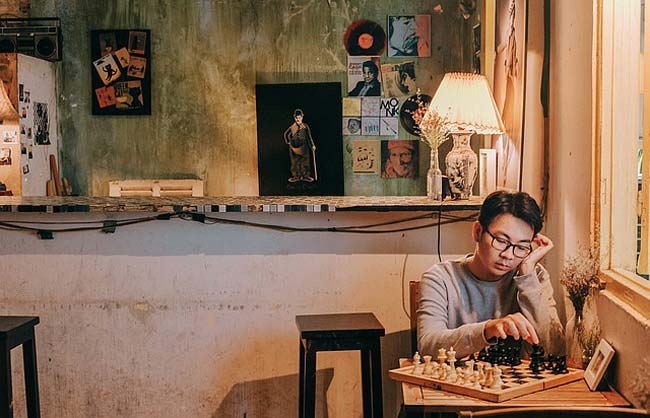 Welcome to the club.

And I'll tell you straight off the bat, however you feel right now: however awkward, however outside the circle, however misunderstood, you have two choices.

Your first choice is to live your life trying to fit in.

You will achieve this to some degree.

You can act the same as others and be accepted into “the group”.

You can wear the same clothes as the majority of other people.

You can listen to the same music, even though you don't like it much.

You can eat similar takeaway food, hang out at the same malls, take up the same hobby – and then change hobby when something new comes into trend.

You can choose to hold the same opinions, follow the same politics, unquestionably.

You can treat other people in the same way.

You can follow the same life route: go to school, go to college, go to university, get a job, buy a car, get a mortgage on a house, save a pension, get married, have kids, take a holiday abroad each year… retire.

And here's the thing…

There are so many others out there like you, but they chose the first choice, so you'd never know. They suffer in silence.

Is the suffering of the first choice, which is being trapped inside a life that doesn't fit, worse than the second choice, which is always feeling different and never quite understanding why the majority do what they do, make the decisions they make, act the way they act, and follow along in a seemingly robotic manner?

The good news is that you typed this question into a search engine on the Internet and discovered this article.

This means that you already understand that Planet Earth doesn't seem like a place where you fit in.

This is good because it means you won't spend the next 20 years wondering why you don't feel quite right, why you're struggling to adapt, why for most of your life you feel like a fly on the wall observing the world go by and trying to make sense of it all.

Following the crowd is the easy way out, but long-term it's a bad decision. It will never bring you contentment.

If you spend your life trying to fit in, then you are just floating along in the stream. You have no control over your life and its direction. You will be carried along like a piece of debris.

That's great for them, but if it doesn't make you feel comfortable in your own skin, then you shouldn't do it.

Be uncommon. Be different. Be unique.

When you agree with them, agree. When you like what they're doing, do it. But when you feel your intuition pulling in another direction, make sure you pay attention.

It's easier for your parents, your teachers, your friends, your bosses, and the powers that be if you just fit in and follow along.

People who ask too many questions, who don't simply accept the status quo, who want to evolve and make the world a better place can be an annoyance to those who simply want to follow along and have a quiet life.

Following along is less risky. It comes with a number of guarantees. But most of these guarantees are materialistic and are of little concern to Mother Nature, or your spirit.

Going your own way could mean ridicule at times, being gossiped about, ending up frustrated, broke, alone. But the price of not trying is far greater, believe me.

Follow your dreams, ideas and ambitions. Never let them steal the child in your heart.

But don't isolate yourself.

You can be the uncommon one amongst the common crowd, and remain sociable, likable, compassionate, kind, and loving.

They may reject you at first, but only because they are yet to understand who you are; because you aren't like them.

And eventually they will look up to you, appreciate you, and even become like you.

Do it your way. It's the only way.

Upon your deathbed, you won't ask yourself; “Did I fit in?” but rather; “Did I give it my best shot?”